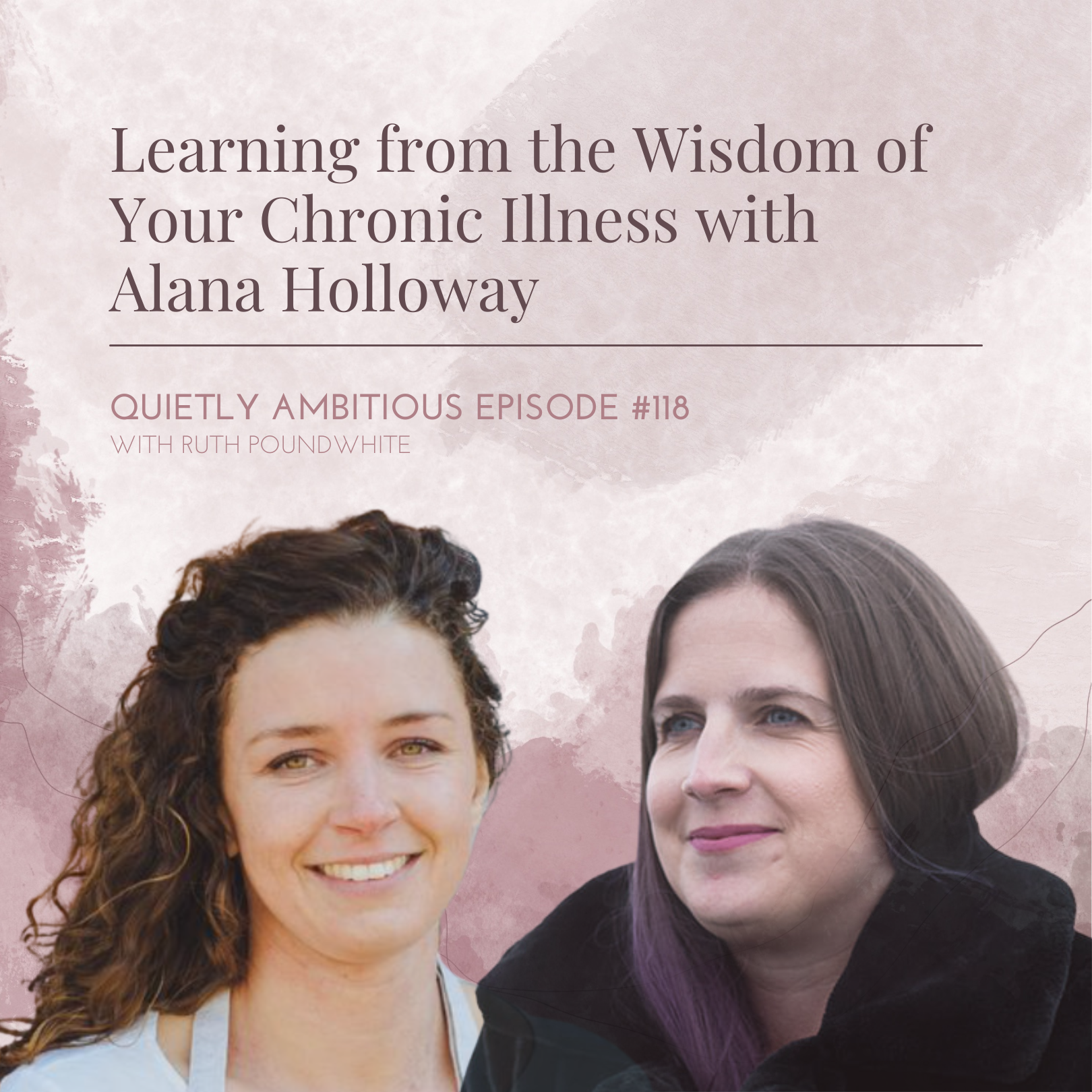 Listen to the Episode:

Note: at this time transcripts are automated and unedited, which means errors may occur. But we hope you find them helpful!

GET THE QUIETLY AMBITIOUS BOOK

When you subscribe to updates you get access to 3 bonus episodes of the podcast – exclusively for email subscribers – that dive behind the scenes of my business (I talk about failures, money, community & more!)

“What my chronic illness has taught me to do is to love myself, no matter what”
Alana Holloway

Alana supports people as they rebuild the parts of themselves lost to ‘The Chronic Illness Struggle’ (a term she uses to describe the status-quo of living with chronic illness), and shows them that they don’t need to be free of chronic illness to live a happy, joyful, fulfilling life in which they’re able to flourish to the fullness of their imagination.

Much of Alana’s philosophy is centered around integrating and embracing chronic illness as a guide, ally and superpower, that will help you live the life you desire in a really supported way, all of which we talk about in this episode.

Some of the things I talked about:

Links from the episode:

If you enjoyed the podcast and want to share on social media – thank you! Can you use the hashtag #QuietlyAmbitious so that we can continue the conversation on social media, and so that I can find you? I'd love to see what resonated with you after each episode!

And don't forget to get the book if you haven't already.

Where to Find the Podcast…

Thanks so much for listening!

When you subscribe to updates you get access to 3 bonus episodes of the podcast – exclusively for email subscribers – that dive behind the scenes of my business (I talk about failures, money, community & more!)