2019 was a successful year on paper. But I still failed to meet goals and behind the scenes it was a tough year personally. 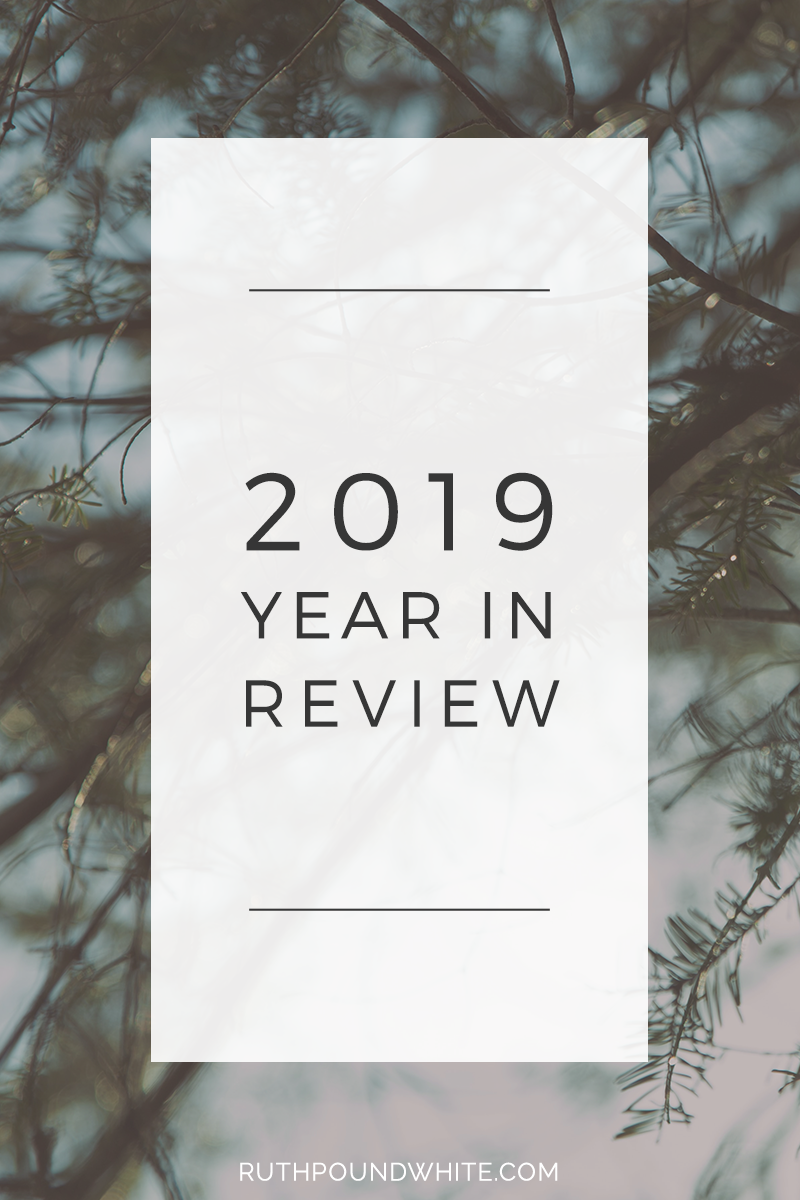 2019 was the year I officially became a business mentor, and the first full year in this new business of mine. I doubled my audience, grew my income every quarter and worked with hundreds of people through courses, workshops, 1:1 calls and free challenges. It was a year of getting serious, finding out what I am here to do, and putting that into action. But behind the scenes it was also a tough year personally.

Here’s how it all played out…

My 2019 began with yet another minor illness following several other illnesses at the end of 2018. I wasn’t well, I was pushing myself too hard, and I needed to figure out a way to be well. And just as I learned a lot after my dark winter of 2018 (which you can read about here), I learned a lot from early 2019 too. Most importantly that rest is part of the work. As a breastfeeding, breadwinning, business-owning mother, I am the golden goose and I need taking care of (a lesson reinforced in the book Chillpreneur by Denise Duffield-Thomas).

It took a while for all this to become clear, though. I was launching my course Clarify for the first time in January. And I introduced my #onlineactsofkindness challenge in February. They were both incredible and taught me so much, but were also overwhelming in their own ways. 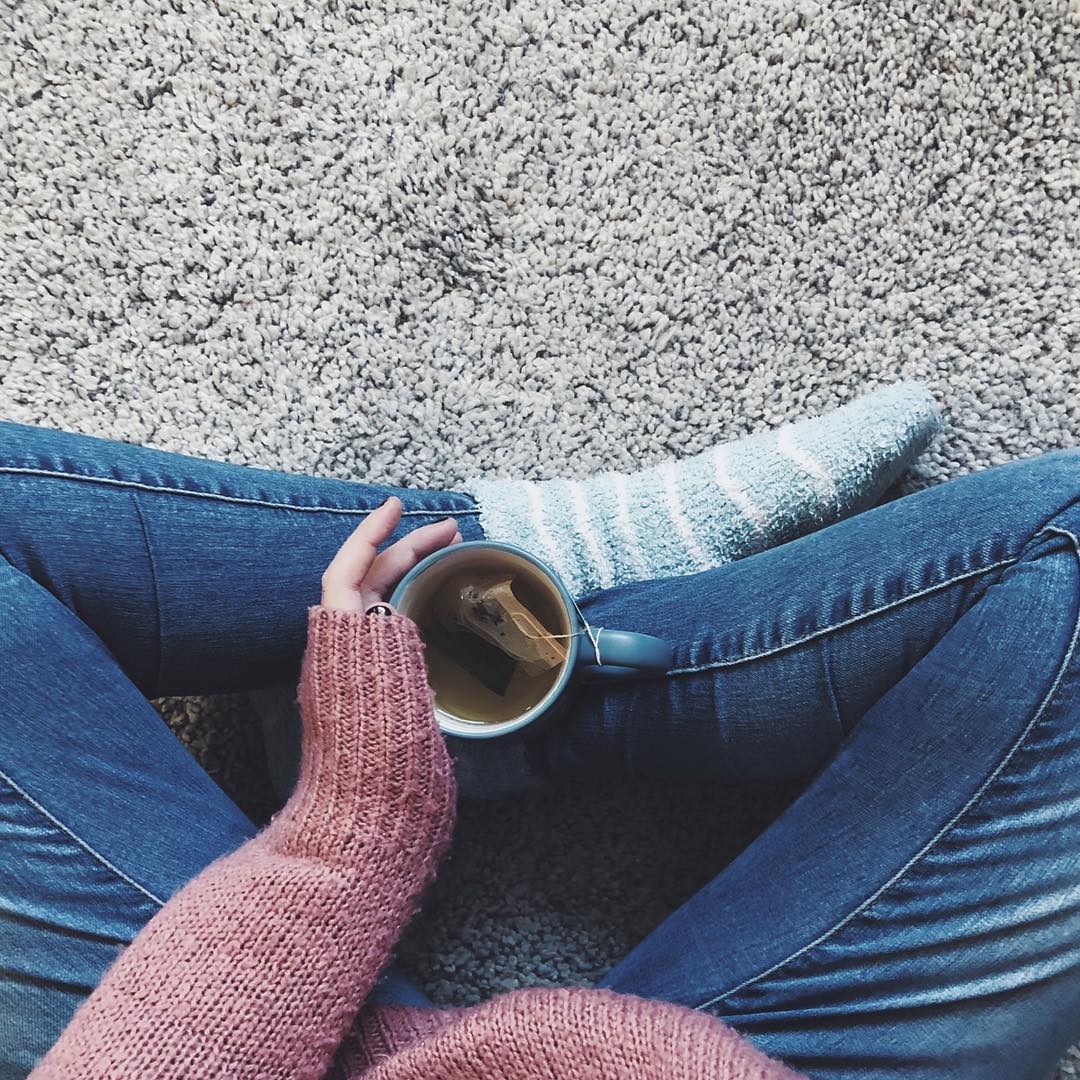 Eventually I slowed down and declared myself to be in a “fertile void”. I had a few months break between some of the coaching I was doing. I went inward and looked to my intuition to guide me. Coaching had served me incredibly well, but I needed time to develop my own ideas and to step into my unique strengths.

The conclusion I came to was to focus on clients. My time is limited: running one business, building another, dealing with sleep regressions along the way. A focus on client work was the best decision for me and my clients. I finally put up my full packages in March (after carrying out my test calls in December – what took me so long?) and my first longer term client found me very easily after that, which really validated my decision. I stepped things up a gear in May when I announced I’d be raising my prices on one-off calls, and had several clients book into those sessions, and some continued to work with me.

At the same time I decided to stop putting off the release of an eBook that I’d had fully written for a long time. I got over myself, put it up for sale and sold a good number of copies (though I later decided it wasn’t the direction I wanted to take my business in – see “autumn”) It felt good to be choosing the easiest and most effective paths. And this is something I’m most proud of doing in 2019. By summer, I was ready to do more again. Ready in the sense that it felt right, and I had the energy for it. Not that I’d necessarily do it all the same way again. 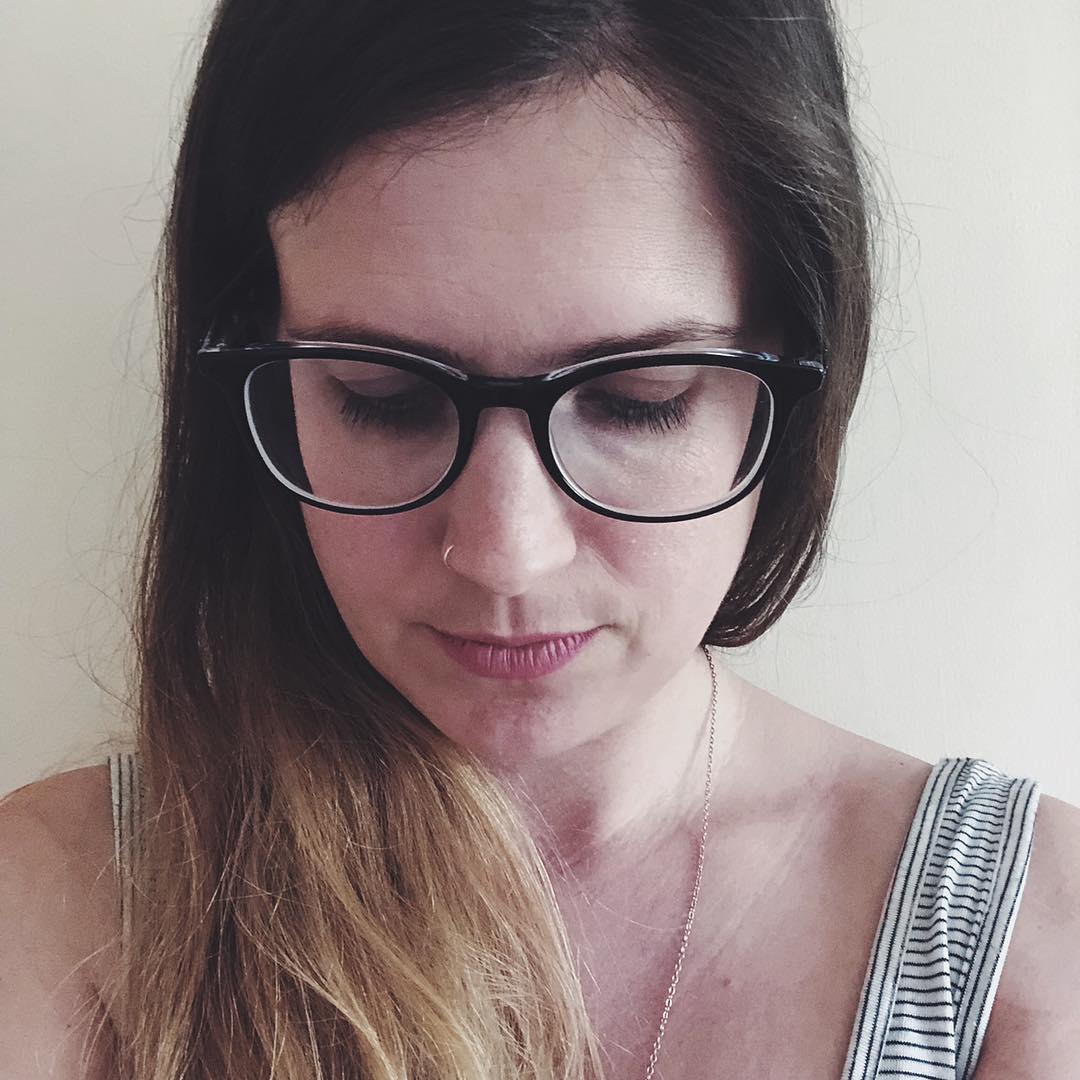 June saw me running my free creative email marketing challenge for the second time. This time around, it felt easy. The work was already done from launching it back in November 2018, and I felt confident enough to actually remove some tasks and simplify the challenge to make it easier for people to follow. I had over 200 people sign up to that challenge, I enjoyed the entire process, and I sold 17 places of my paid course Cultivate off the back of it (all about nurturing an engaged list of subscribers and selling to them in a way that really works but doesn’t feel icky). I share the number here because I feel as though the online marketing world has made courses sound like the easy ticket to success. I was happy with how many I sold, but it's not enough to pay all the bills (yet). My workshops (on Quiet Visibility and Simple List Building) have actually been more profitable and way easier to produce. That said, I now have an incredible asset, a course that I know really helps people, and can sell it again and again in future (especially as my audience keeps growing).

I’d been working on my community project, the Everyday Difference, behind the scenes for a while, and it finally came to fruition in July (the free project ebook is still available, click here to download it). The project involved asking several creatives what they believed it meant to make an everyday difference in the world, and how they were personally doing it. I hadn’t anticipated the feelings that this question would bring up, both for me and the participants, which reinforced everything I’ve already learned from getting vulnerable and interviewing others on my podcast: underneath it all we all have the same fears, struggles, and deep desires. Unfortunately my granny passed away in the middle of the project, and no matter how organised I had been to be running that and delivering my course behind the scenes, I didn’t have space for life to happen. The need to power through a time like that is something I’d like to avoid happening again in future.

There’s something else I must mention here too: I had my first proper photo shoot! Despite the fact that I’ve been running an online business since 2008, I waited until 2019 to do this. A lot of it was about feeling comfortable in my own skin, feeling comfortable showing myself to everyone else, and knowing that it was a worthwhile investment. And it was. Thank you to Amy from Moiee Fee Photography for putting up with my awkwardness! I know I’ll be more confident next time around. 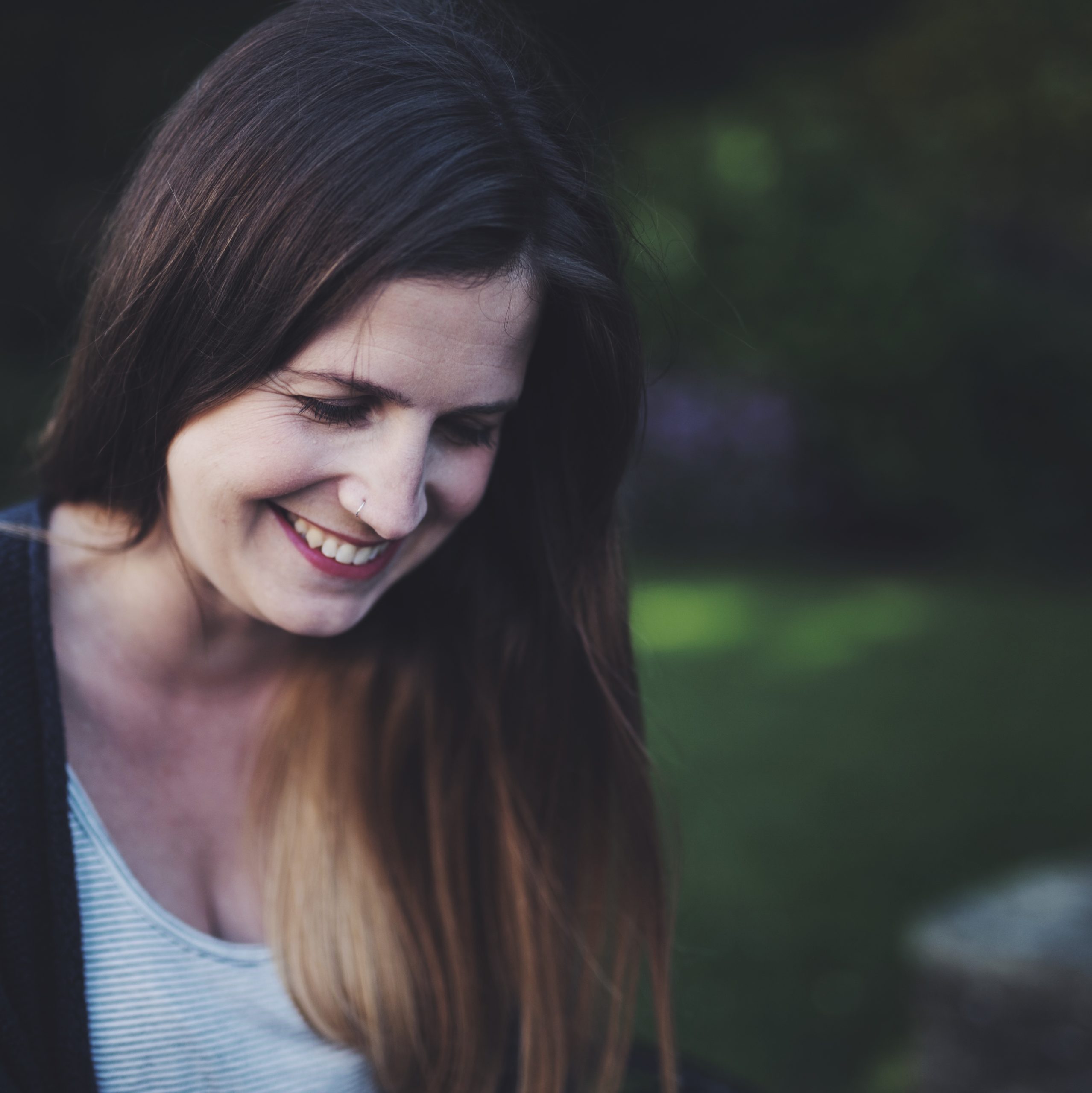 If summer was about visibility and culmination, autumn was about a deepening of the understanding I have of myself, the value I bring to my clients, and the message I share with the world. I can’t fully articulate the lessons I’ve learned yet, but they are huge ones. I have stopped apologising for my perceived “flaws” (like being an introvert who needs time to recharge), and I’ve accepted that I am a leader in my own way. And, in many ways, just knowing that I am a leader creates a level of confidence that wasn’t there before. (Expect to hear a lot more about this in 2020)

One of the major turning points came when I doubled my prices, despite the fact that I wasn’t fully booked. There was no clear sign for me to raise my prices so drastically other than my gut feeling, and a knowing that I (a) can’t serve my family properly, as the breadwinner, if I undercharge and (b) can’t serve my clients properly if they don’t see me practicing what I preach. I am still not fully booked (I have space for a new client starting late Jan/ early Feb) but I can say with absolute confidence that the decision to double my prices was the right one. Nobody did or could have told me it was the right thing to do, it was something I needed to test for myself.

While I still haven’t fully replaced my previous business income from my new business, quarter 4 of 2019 was my biggest yet. And I put that down to two things: On the surface I know this looks like a very successful year, and it is. But what I didn’t share is the personal stuff going on behind the scenes. I might not ever share it, but just know that it’s there. Sometimes it makes work harder, but sometimes work is a welcome distraction from it. And whatever is going on in your life, please know that we are all on our own path and we are all hiding parts of the picture (and that’s ok). And remember that I failed, too, which is just part of the process (if you’d like to hear more about those failures, listen to episode 1 of my special bonus podcast episodes exclusive to my email subscribers ). There was so much more I could’ve said in this review post, but I trust that I’ve said what is most important to say in this moment.

I’ll be sharing what’s next for me in a post coming in January. Until then, though, I wanted to end with a quote from my 2018 year in review post. This is still so true for me, and is something I know many of you will need to hear in a time where it’s easy to look at what we haven’t achieved:

“Something clicked for me this year that I don’t think I can ever “unlearn”. The fact that I’m always improving, but am already enough and have something of value to add to the world.”